This document is a work-in-progress. Feel free to reach out on Mastodon or Twitter.

Kommit helps you remember what you learn via flashcards and spaced repetition.

Inspired by Anki and other spaced-repetition learning systems, it presents flashcards to you just before your brain is likely to forget, thereby strengthening memory while reducing study time.

When one side is presented, you try to recall the other before flipping it over – this active recall strengthens your memory more than multiple-choice questions.

The cards are presented when you are likely to forget, which aids memory retention and also reduces the amount of time you need to study. This method can make remembering a choice rather than leaving it up to chance.

It's great for languages, but can also be applied to other domains.

This is the starting screen of the app. From here you can create a new deck or select an existing deck.

Once you have selected a deck, you can customize how to present the cards, see some statistics from your reviews, and rename or delete the deck. Click on Cards to manage cards. Click Play to start the memory game.

Play audio will automatically play any recorded audio for the card.

Read front or Read back will speak the text using any language available on your device. By default it uses the current language, but you can set a language code if your cards use multiple languages. If Play audio is enabled and there is recorded audio for the same side, only the audio will play.

By default, the cards will be presented both front-to-back and back-to-front, but Skip reversed cards will disable the latter.

Retire cards will automatically remove cards from the schedule after the 'interval' is bigger than the selected period. For example, selecting after three months will retire a card if the next review is more than three months away.

During a review, the cards will be presented in a random order. Try to recall the opposite side without looking, then Flip the card to reveal the following response buttons to schedule the card's next appearance:

A maximum of 10 unseen cards will be presented in one game.

Optionally, it is possible to enable the following buttons by launching the Toggle simplified response buttons command:

Evaluate yourself based on personal goals. Are you practicing speed? a certain way of responding? a physical sensation? If you are studying languages, are you working on pronounciation? understanding? spelling? grammar?

If your device has a physical keyboard, streamline your responses with shortcuts.

You can try mneumonics and other memory tricks to help remember – usually the more personal it is, the better.

On the left side of the interface, you can create, search, and select cards. On the right side, you can edit the details.

Editing the same card on multiple devices at the same time can result in data loss. Editing different cards or playing the game while editing cards should be safe.

The Read button speaks the text using the language chosen on the deck page.

Notes can be used for any personal comments or memory aids.

Tags can be used to organize cards and make them easier to find.

Various figures are calculated based on the state of each card and the amount of time spent.

Cards are visually encoded based on the following states:

All statistics in this section are for the current day.

The number of Developing and Mature cards scheduled on a given day.

Minutes passed on a given day during the memory game on Unseen, Relearning, Developing, and Mature cards.

Counting the number of cards based on its state.

AccessKey refers to a one or more shortcut keys followed by a single character. Usually it's Alt on Windows or Control+Alt on macOS, but it changes based on your browser and operating system.

Add to Home screen on mobile and tablet devices

This web app can be 'installed' and used as if it were a native mobile app (with an icon, working without internet access, running as a standalone app outside of the browser).

What are remoteStorage and Fission?

remoteStorage and Fission are open protocols for synchronizing data between multiple devices. Both take the level of control and flexibility of something like email and bring it to your personal data. You could think of it as a USB key for your documents that you can plug into websites to work on your stuff.

You can get a remoteStorage account for free from 5apps or host your own.

You can get a Fission account for free from Fission Auth or setup your own server. 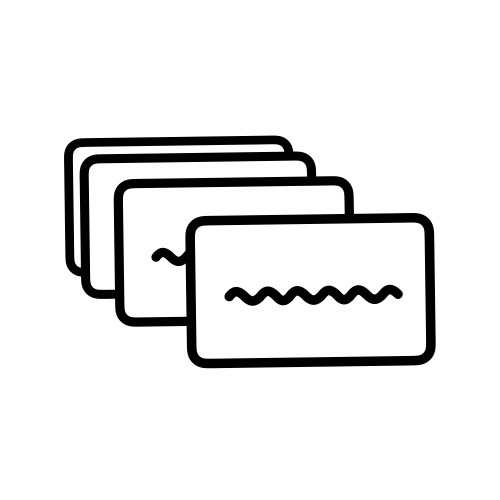